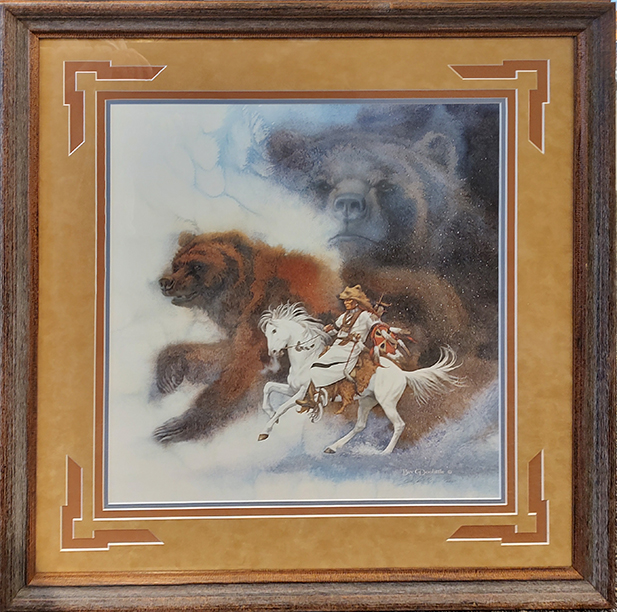 "The lives of the Blackfeet Indians were full of danger and uncertainty. Surrounded by a harsh world where attacks by animals or hostile tribes, sickness and starvation were ever-present threats, they relied on the spirit world for protection. For the Plains Indians, the grizzly bear was second only to the buffalo on his supernatural powers. The bear was revered for his strength, agility, vitality and invulnerability to arrows, bullets and other animals. He was also to possess great wisdom and the ability to find herbs to heal his wounds. The Blackfeet warrior Two Bears received the powers of the grizzly in his vision quest. His vision spirit instructed him on the contents of his "medicine bundle," an important symbol of his powers. Two Bears has studied and emulated the ways of the grizzly and has become a mighty and bear-like warrior, respected and feared by his enemies."--Bev Doolittle